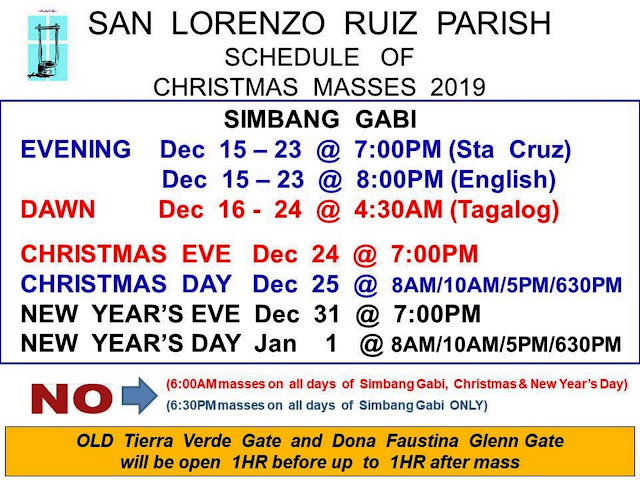 Posted by SLRP-QC Admin at 8:04 PM No comments: 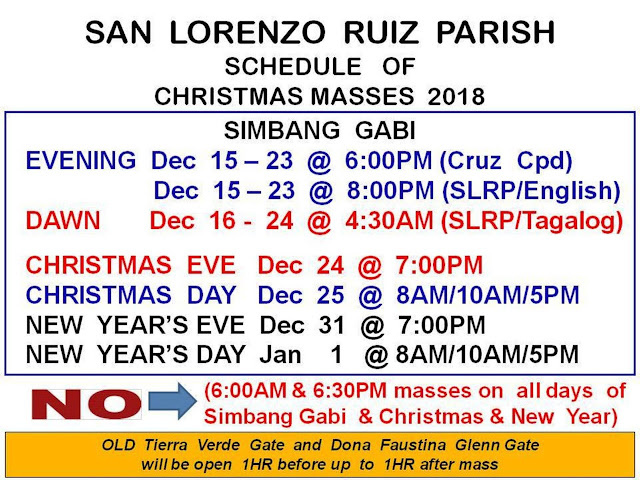 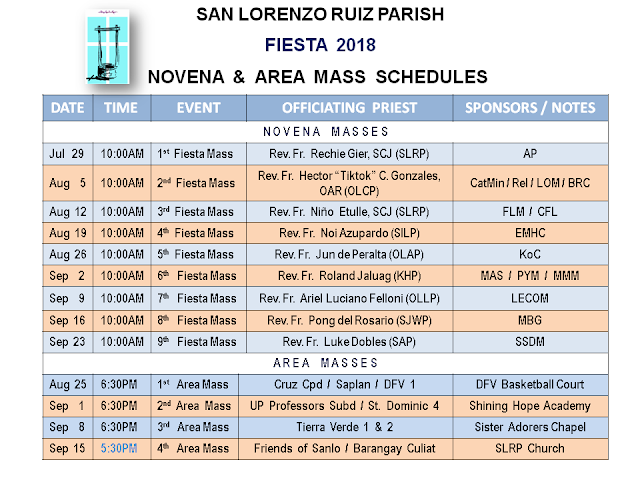 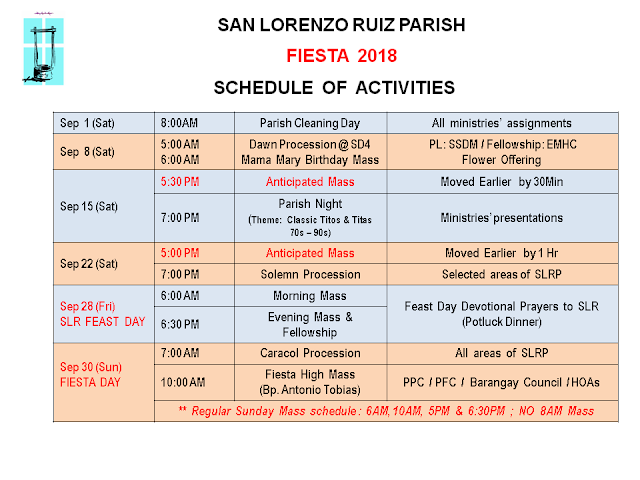 After almost five months of waiting, SLRP has a new parish priest in the person of Rev. Fr. Nino B. Etulle, SCJ. He was installed by the Most Reverend Antonio R. Tobias, the Bishop of Novaliches in simple ceremonies during the 5PM mass today. Fr. Nino is the 10th parish priest in the 30-year old San Lorenzo Ruiz Parish. 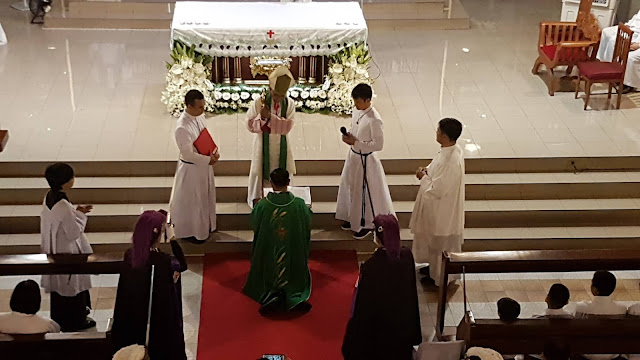 
Amidst the heavy rains, with concelebrating Priests of the Sacred Heart, family, friends and parishioners, Fr. Nino formally received the keys to the Tabernacle symbolizing his pastoral responsibility over the flock of San Lorenzo.


After the mass, Fr. Nino welcomed everyone to an evening salo-salo where a short program of "Getting To Know Fr. Nino" transpired. It was the PPC's way of introducing Fr. Nino to his flock.

Posted by SLRP-QC Admin at 9:00 PM No comments:


“Blessed are the peacemakers, they shall be called sons and daughters of God.” (Mt 5:9) 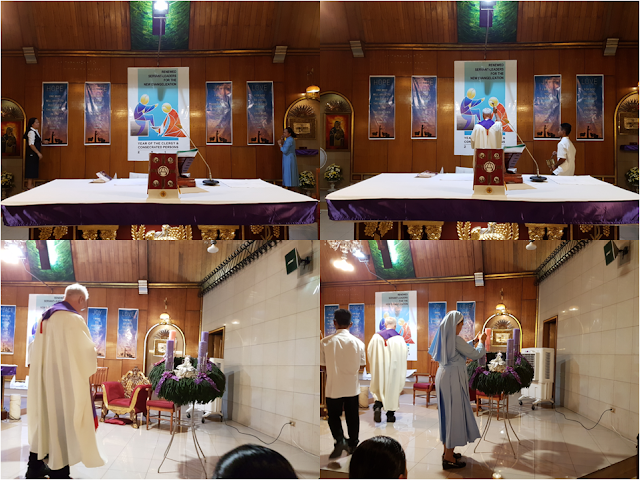 Dateline: Dec 2: On the eve of Advent, SLRP opened this new season with the launching of  the Year of the Clergy and Consecrated People. Representatives from two of the five religious congregations in the parish, the Adorers of the Blood of Christ and the Sisters of Mary, Queen of the Apostles,  were on hand to unveil the new logo.  Our parish priest, Fr. Al, then blessed the logo signifying SLRP's embrace of its clergy and consecrated persons as partners in building up God's kingdom here in Tandang Sora.

"Lord our God, we praise you for your Son, Jesus Christ: he is Emmanuel, the hope of the peoples, he is the wisdom that teaches and guides us, he is the Savior of every nation.

Lord God, let your blessing come upon us as we light the candles of this wreath. May the wreath and its light be a sign of Christ’s promise to bring us salvation, May he come quickly and not delay. We ask this through Christ our Lord." 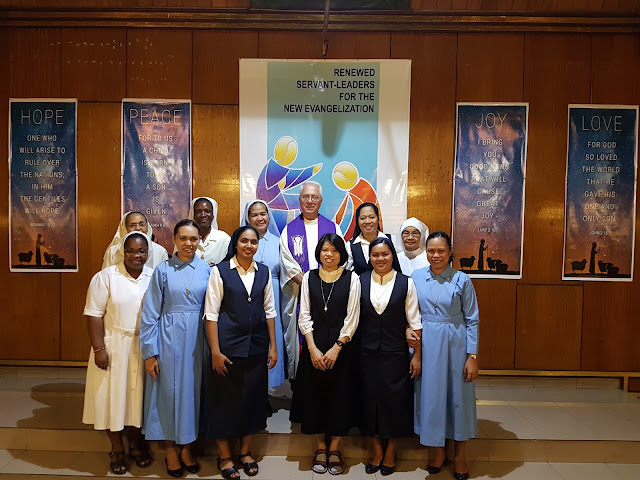 Together with them, we pray for more vocations in this Year of the Clergy and Consecrated Peoples. 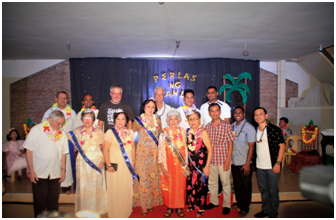 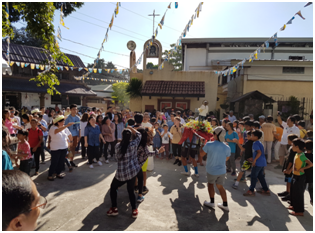 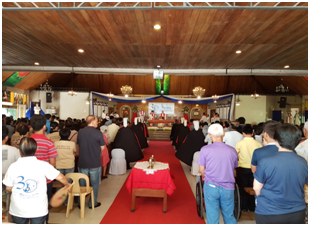 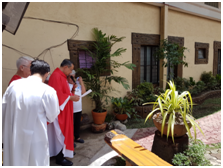 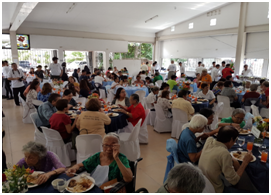 Viva San Lorenzo at maligayang kapistahan sa lahat.
Posted by SLRP-QC Admin at 1:14 AM No comments:

hich a creature became the preferred dwelling place of God. In remembering her, we remember that God, in His grace, mystery, and love, has chosen to concern Himself with mankind so intimately as to "come to them and make our home with them" (John 14:23).
A reflection on the birth of Mary pulls the mystery and wonder of God's love into focus. How is it that this indescribable God of all creation, has not only chosen a little girl to be His temple, but also chose to become incarnate through her, "so that everyone who believes in Him may not perish but may have eternal life" (John 3:16). It is such an understanding of God—a God who is so intimately concerned with mankind—that forms the distinguishing mark of the Christian faith.
Commemorating the Nativity of Mary leads us to ponder on the divine nature of Jesus Christ, and in pondering His divinity, we come to acknowledge the immensity and humility of God's love that is offered to every person.
While Blessed Mary had the special privilege to be the temple of the Lord both physically and spiritually, we are reminded that God also calls everyone to the same grace of being the dwelling place of God.
St John affirms in his letters to the early Church, "By this we know that we abide in Him and He in us, because he has given us of his Spirit" (1 John 4:13). On another occasion, St Paul tells the Corinthians, "we are the temple of the living God; as God said, 'I will live in them and walk among them, and I will be their God, and they shall be my people'." (2 Cor 6:16).
Beloved children
Reflecting on this special importance of the Nativity of our Mother helps to put into perspective that truly, every person is a precious child of God, a temple of the Holy Spirit.
When birthdays are celebrated, we celebrate the gift of a person, the life that he or she has, and the joy that they have brought to their loved ones. But as we celebrate the birthday of Mary, we discover that there is also a bigger reason we can rejoice—God dwells in this person.
In the Catholic devotion to Mary, we see that it is because of God that she is remembered, it is the grace of God that she was made holy. Her nativity is remembered because it is the dawn that points to the coming light of Christ. In a similar way, we see that every child is called to holiness in Christ, to be the light and salt of the earth. As we celebrate the earthly birthday of Blessed Mary, let us also celebrate the joy of our identity as the dwelling place of God, His chosen people.
Source: http://accs.sg/the-birth-of-mary/  and from email of Pilgrim's Executive Center

Posted by SLRP-QC Admin at 9:31 AM No comments: