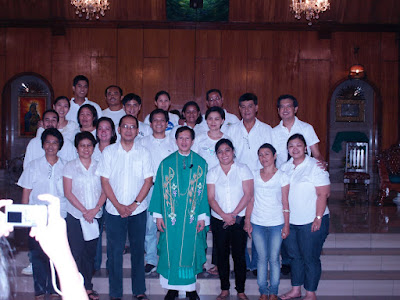 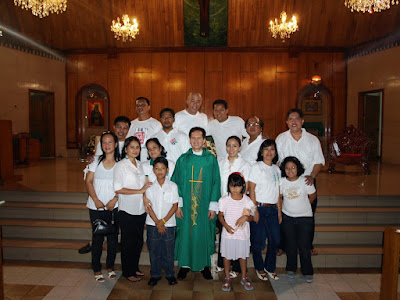 Couples for Christ (CFC) was established in 1981 but the call for families in the Holy Spirit to renew the face of the earth is still as strong and as enduring as ever. Starting with only sixteen (16) couples, CFC has since amassed more than a million members in over a hundred countries through the will of God and the perseverance and faith of its members. In 1993, the rest of the Family Ministries were established, namely: Kids for Christ (KFC), Youth for Christ (YFC), Singles for Christ (SFC), Handmaids of the Lord (HOLD), and Servants of the LORD (SOLD). The Family Ministries has since been aptly called the “Womb to Tomb Ministry”, catering to the need for an environment flled with support and encouragement for every age category in a family.

Steadily realizing the mission for renewal in communities everywhere, CFC conducted San Lorenzo Ruiz de Manila Parish Church’s first Christan Life Program (CLP) in 1992. But while CFC was actively evangelizing in other communities all over the country, it was not until February 1996 that the CFC in SLRP was formed with Brother Ady Yazon appointed as chapter head of some sixty-five couples. Since then, the growth in membership has resulted in the division of the chapter into two separate groups with Brother Sonny Bonjoc and Brother June Junia as chapter heads starting the year 2000.

As active participants in the great mission, the organization has continued to serve the Parish with enthusiasm and humility. Along with the formation of the two self-sustaining albeit united chapters, the Social Ministries of CFC in SLRP adopted the Church of the Poor, which was built for the expression of the mission all over the country.

Responding to the call for rapid and massive evangelization, Gawad Kalinga (GK) was initiated nationwide, giving birth to GK 777 on October 2004. The aim is to build 700,000 houses in 7,000 Barangays or GK Communites in the next 7 years to provide homes and sustainable communites for many families in the Philippines.

Today, the two CFC chapters serve in SLRP – Cluster 1B and Cluster 1C from Sub-District 3 of the Archdiocese of Novaliches, led by Brother Joi Lumba and Brother Bart Languido, respectively. As hopeful and committed as ever, CFC, along with the rest of the CFC Social Ministries, remains steadfast in God and His plans for everyone, continuously volunteering any service He may require of the Ministries.
Posted by Team SBS at 5:38 PM