Fusion 2009 - A Celebration of the Parish Youth 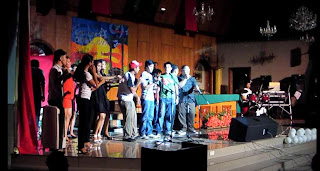 Dubbed Fusion 2009, the parish youth concert pushed through last September 25 amidst the rains and the impending onslaught of Typhoon ONDOY. After almost two months of practice and preparation, the Youth finally had the chance to belt out their repertoire of songs from a wide spectrum of musical genre. Over a two-and-a-half hour, the concert featured a few pop hits, some dance music, a sprinkling of gospel music and a couple of solo acoustic guitar rendition.