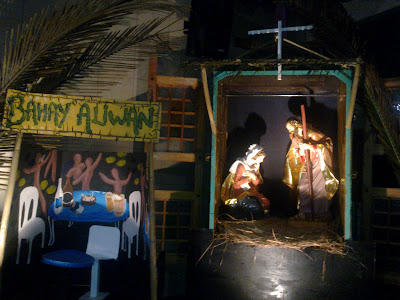 SIMBANG GABI is one of the longest and most popular among the Filipino traditions in the country. It is when Catholic churches across the nation start to open their doors shortly before the break of dawn to welcome the faithful to the Simbang Gabi mass. Simbang Gabi or Mass at Dawn is a nine-day novena to the Blessed Mother. The novena begins December 16 as early as 4 in the morning and culminates with the “Misa de Gallo” on Christmas Eve to welcome the birth of our Savior Jesus Christ. In some churches, the panuluyan is reenacted showing the effort of Joseph and Mary to find a suitable birthplace.

ORIGIN
Simbang Gabi traces its roots in Mexico when, in 1587, the Pope granted the petition of Fray Diego de Soria, prior of the convent of San Agustin Acolman, to hold Christmas mass outdoors because the Church could not accommodate the huge number of people attending the evening mass.

During the old times, the pre-dawn mass is announced by the ringing of the church bells. In some rural areas, an hour before the start of Simbang Gabi, a brass band plays Christmas music all over the town. It is also believed that parish priests would go far knocking on doors to wake and gather the faithful to attend the misa de gallo. Farmers as well as fishermen wake up early to hear the Gospel before going to their work and ask for the grace of good harvest.

SIMBANG GABI NOW AND THEN
The changing of times does not break the preservation of celebrating Simbang Gabi although it is celebrated in new ways. Still, the tradition of Simbang Gabi continues. Part of it are the colorful lights and lanterns that fill every streets. Beautiful parols are hung in every window. Songs of the season are played everywhere to warm the hearts. Families, friends and even individuals find its way going to the nearest church to attend the nine-day novena. Shortly after the misa de gallo, families gather in their homes to celebrate Noche Buena and feasted on various delicacies like queso de bola, bibingka, puto bungbong, or a drink of salabat or hot chocolate.

SIGNIFICANCE
Posted by Web Admin at 9:15 AM