Pilgrimage to Regina RICA in Tanay 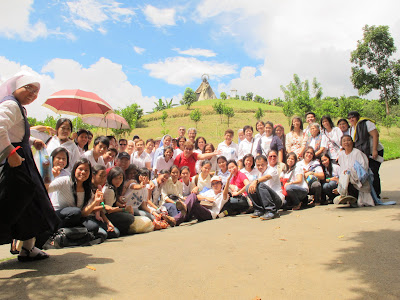 Last Saturday, October 22, 2011 was another memorable day for SLRP. After a couple of weeks of preparation, back-and-forth meetings and an ocular visit, the pilgrimage to Regina RICA (Regina Rosarii Institute for Contemplation in Asia) in the hills of Tanay, Rizal pushed through. About 100 parishioners filling two tourist buses joined the trip which included visits to the St. Jerome Parish Church in Morong and the St. Joseph Parish church in Baras, both old churches in Rizal province.

The pilgrims left SLRP a little after six in the morning and arrived at the pilgrimage site about 3 hours later due to the slow climb up picturesque Marcos Highway and a wrong turn at a town in Sampaloc, Tanay. With more than an hour's delay, the organizers made hurried adjustments in the schedule. 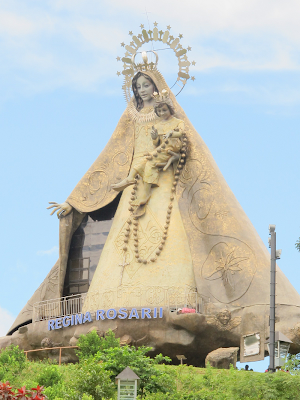 At Regina RICA, one was immediately drawn to the huge 71-foot statue of Our Lady on Top of the Hill which dominated the 13.5-hectare property. The Dominican Sisters had just celebrated the first anniversary of its completion a couple of weeks before. It was in fact the first structure that was built on the property.

Upon arrival at Regina RICA, the group couldn’t wait to go up and get close to Our Lady. To make the group more manageable, it was divided into four smaller groups. Each small group recited the rosary as it ascended via the S-Trail which snaked all the way to the top. At the top, Sister Matthew welcomed everyone and gave a brief introduction to the place. A joyful celebration of the Eucharist followed under the mantle of Our Lady with Fr. Luke presiding.

After the mass, everyone went up to the Blessed Sacrament at the Adoration Chapel inside the mantle of Our Lady followed by some souvenir photos around the place. Others went to the Handuman souvenir shop while still others had a hearty snack at the Pasilungan restaurant. 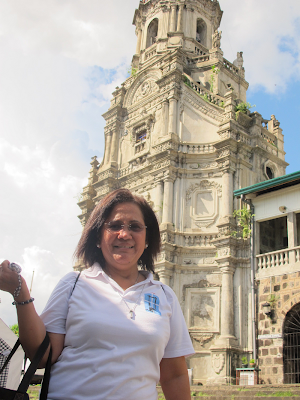 The next stop after Regina were the old churches of Morong and Baras, two churches in the southern part of Rizal. St. Jerome Church in Morong was built during the early Spanish colonization and showcases its towering facade (about 7 storeys high) of baroque architecture. On the other hand, St. Joseph Church in Baras, although relocated from the original site in Boso Boso, Rizal and which was then just a chapel, had a beautiful and ornate altar. One can still see the original wooden trusses that supported its roof.

In Morong, a pastoral worker of the parish played gracious host and offered one of their meeting rooms for the pilgrims to have their lunch. After lunch, it was off to Baras Church where a representative gave the group a brief history of the Church of St. Joseph. This was the last stop of the pilgrimage before heading for home. 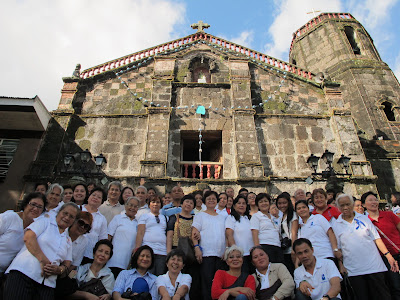