Last Saturday, March 29, 2014, amid the sweltering summer heat and the warm reception from Bgy. Culiat residents and representatives from various socio-civic, political and religious organizations and the churches, the 2014 State of the Barangay Address (SOBA) went underway at about 9:30am at the Culiat High School grounds.

Present during the occasion were members of the Bgy Development Council, the newly elected Kagawads, Purok Leaders, various homeowners associations and citizens of of Culiat. A number of greetings and well wishes from political friends and allies including a number of incumbent councillors from District 6 (Bobby Castelo, Candy Medina, Marivic Co-Pilar, Roger Juan and Donny Matias) preceded the SOBA. 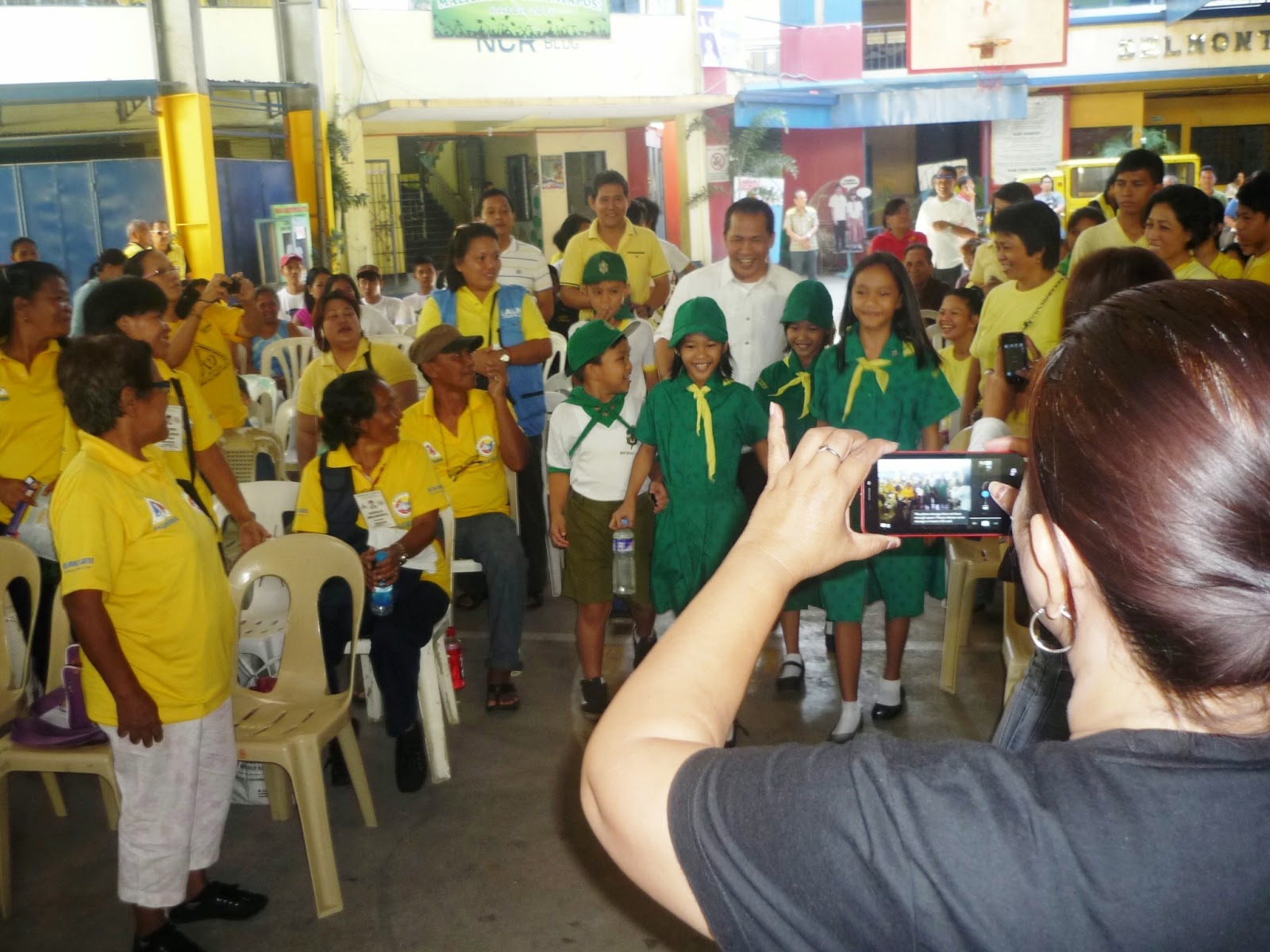 After all the preliminary speeches,  the emcee introduced the newly elected Bgy Captain Vic Bernardo. He entered the staged accompanied by young school children. He then proceeded to greet the audience and wished them well. 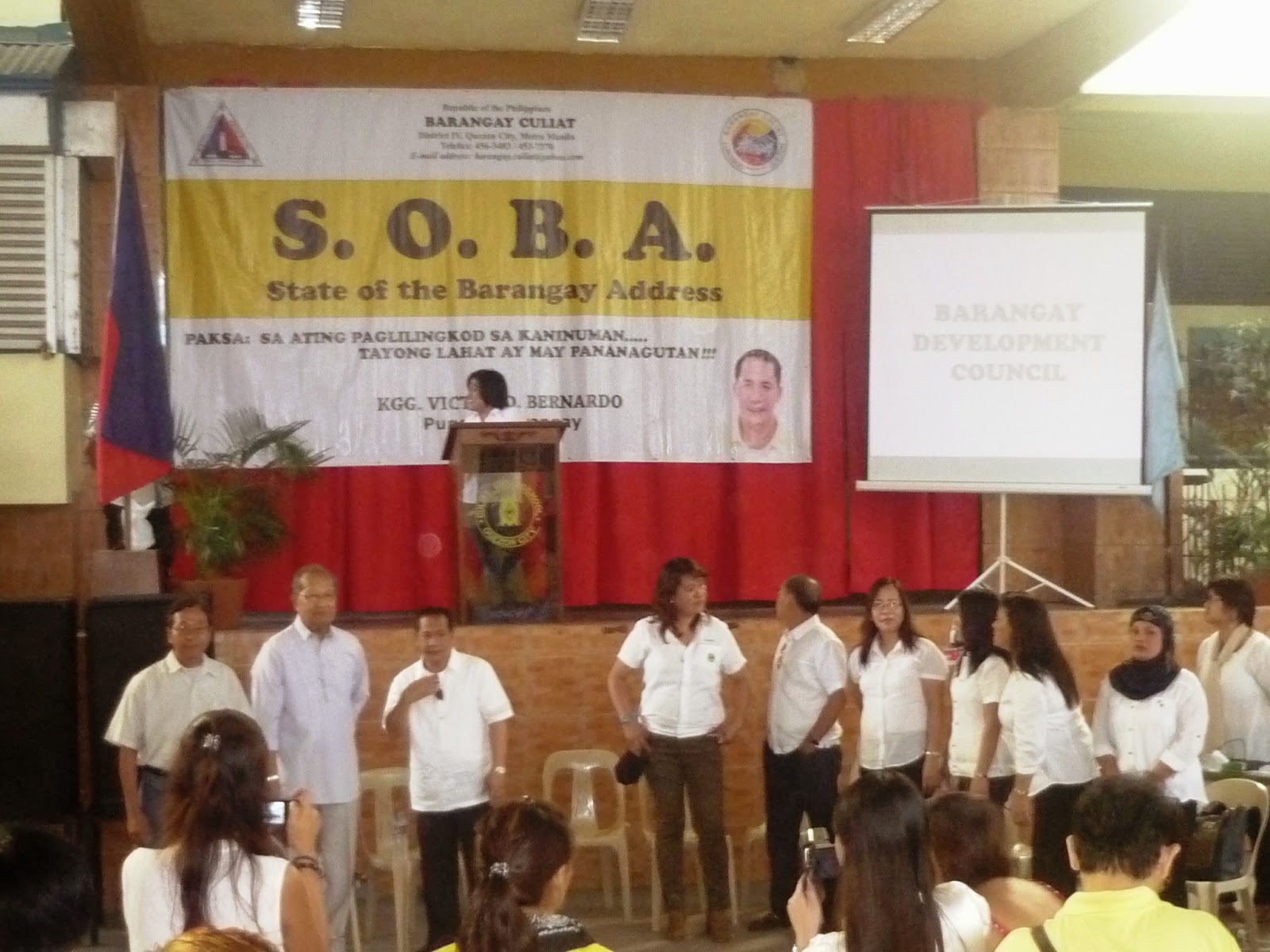 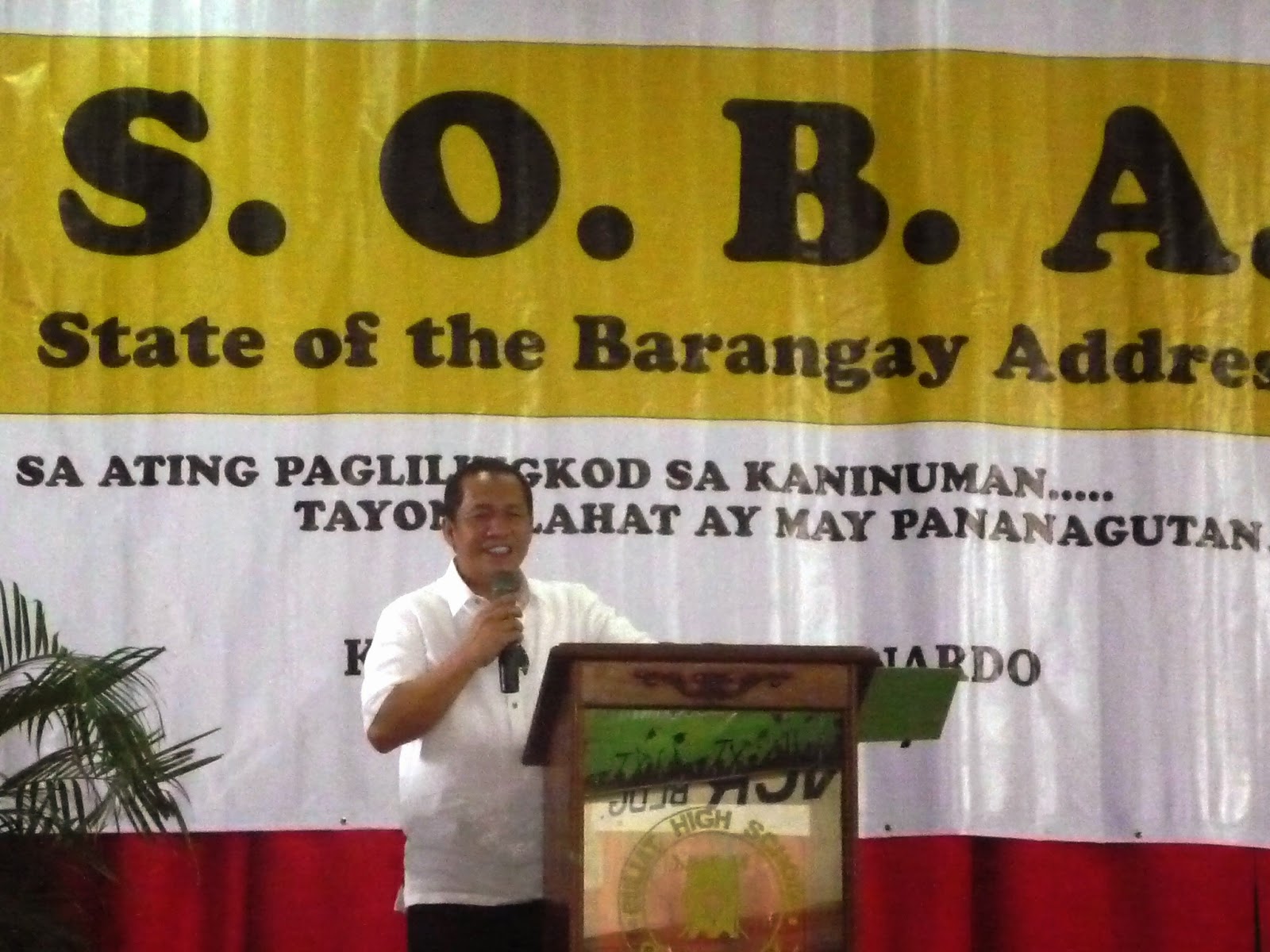 All in all he was able to convey his vision and plans for Culiat, especially his target of having all children get an education, reducing the drug menace and expanding the reaches of government services to the far areas of the barangay.

For more details on the SOBA (budget, development plans and accomplishments), follow the link DATELINE UBAS: Barangay Culiat Updates on this website.
Posted by SLRP-QC Admin at 1:22 PM