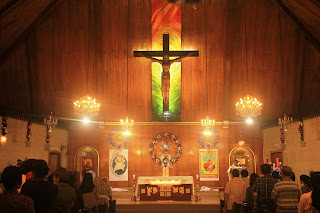 Last December 15, on the eve of the Christmas Dawn Novena, the parish of San Lorenzo Ruiz joined the whole of the Catholic Church in ushering in the Jubilee Year of Mercy and the Year of the Eucharist and the Family.


The Year of the Eucharist and the Family is the second year of the nine year preparation of the CBCP and the Catholic churches in the Philippines for the 500th year anniversary of the introduction of Christianity in our country. 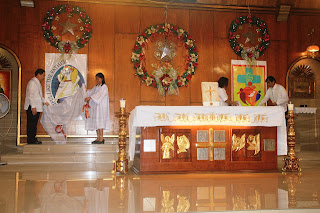 Leading the simple launching activity was Fr. JB Abellana who read the Diocesan Memorandum. He was assisted by the PPC Chaircouple Kuya Peter and Ate Lina Tamayo and Vice-Chaircouple Kuya Boy and Ate Heidi Temporal who unveiled the markers.