Adorers of the Blood of Christ 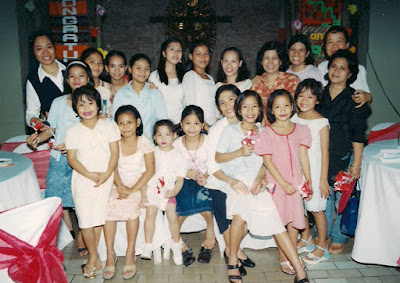 "We have engraved in our minds and in our hearts:
Charity, Charity, Charity toward God and toward our dear neighbor.”
- St. Maria De Mattias, founder of the Sister Adorers of the Blood of Christ

These words contain a life plan. They are words that Maria de Mattias, woman of the 1800s, grasped, desired, lived and passed on to generations of women all over the world. Maria de Mattias was born in Vallecorsa, a small town of the Papal States, in what is now Lazio (Italy), on February 4, 1805. As a child and adolescent, she experienced very profoundly the climate of terror and violence generated by Napoleonic revolutionary ferment and the spread of banditry. For Maria, the blood of Jesus poured out for the reconciliation “between heaven and earth”, an eloquent sign of the deep tenderness of God for humanity, is the only way to salvation. This deep faith in the redemptive power of the blood of Christ ingrained in her a charism that expressed a “culture of life” as opposed to the “culture of death” (violence, oppression, and injustice which threaten human life and personal dignity) in which the society was immersed.

Teaching, social work, and primary evangelization are among the instruments of a spirituality whose core is the Paschal Mystery, the mystery of Christ’s death and resurrection, and the proclamation of hope and life in all situation in which the human being experiences the drama of pain and the anguished search for meaning. The same spirit lends color to every apostolic commitment of the more than 2000 Adorers scattered in twenty-seven countries in all the continents. The Adorers wear the symbol of the heart with a cross mounted above. Drops of blood are engraved on the heart to remind them that they are called “to retract (draw in) and reflect a living image of that divine charity with which the Blood of Jesus was shed and of which it was and is a sign, an expression, a measure and a pledge.” They journey with the people on the road of life, in every corner of the world, in every changing reality in space and in time, in the story of humanity.

The Beginning in the Philippines

The Sisters Adorers began their mission here in the Philippines since 1988 caring for the abandoned children. In the early 90's, two sisters from the congregation met with the late Jaime Cardinal Sin who identfied an area of Tandang Sora in Quezon City as the Congregation’s apostolic headquarters and entrusted them with its care. Shortly thereafter, a house in Culiat, Tandang Sora was then purchased and was called “Maria De Mattias House”. The two sisters immersed themselves into the parish realities, working especially for the youth and vocation ministries. Other sisters joined the newly opened ASC mission in the Philippines thereafer. Sister Angela Colapinto, one of the sisters who arrived on October 30 1991, brought a consoling presence to the elderly and the lepers as she made them her apostolate.

Realizing the need for a more concrete presence among the very poor, the ASC established the “Giovanni Merlini Apostolic Center” on August 20, 1996. Soon after, the center expanded to handle the listening and catechetical needs of the poor. In due time, and in collaboration with an NGO and a group of German volunteer doctors, medical services were introduced. Later in 1999, a daycare center was added to complement the center’s various services. Two years later, in April 16, 2001, the ASC established the “St. Gaspar Orphanage” located in Marikina, Rizal to cater to the educational needs of the abandoned children that they took in their care.

The story of the ASC sisters in the Philippines continues as they strive to be faithful to the gift that they receive from the Spirit to spread charity to this land hungry for Christ’s redemptive love.
Posted by Team SBS at 9:10 PM